Awarding the winner of the contest 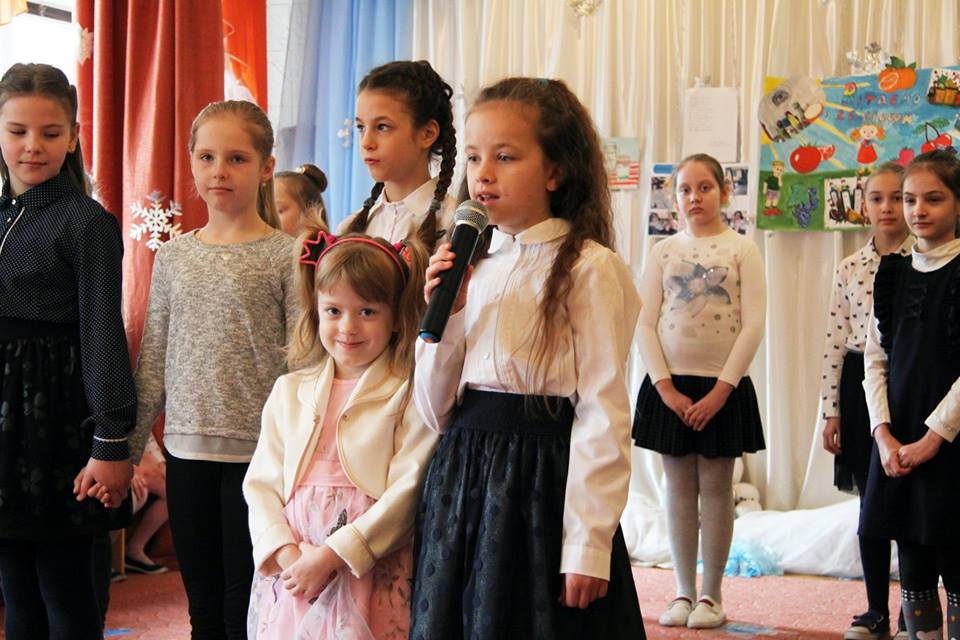 The first students of the Rivne educational complex №1 received their gifts, as the winners of this institution became pupils. Honored first place was won by two sisters Victoria and Alina Muzychko, writing along with their mother a touching poem about TM "Shchedryk". As promised at first, all preschoolers and schoolchildren ate a specialty breakfast - delicious cheesecakes with cheesecake weight, according to their own recipe of the founder and director of Agroprocessing - Olga Rudomskaya. The children were treated with pancakes with sour cream, fruit and berry jams, topings and juices from TM "Shchedryk".In turn, the students also gave us a real bright holiday, demonstrating their performances, dancing, telling interesting poems. At the end of the action, schoolchildren were invited to a dream trip, where they could see with their own eyes how to make their favorite useful products. In addition, the children gave a lecture on the correct dairy products, during which they received answers to their questions from the chief technologist of the dairy factory. To educate the culture of proper nutrition - that's what task we put before ourselves in "Shchedryk"!